Hi there! I’m Jesse, co-host of the monthly indie game club podcast, Byte Club. This month’s episode of the podcast was about the first title from Heart Machine Games, Hyper Light Drifter. The game is a deep and exhilarating action game with a heavy emphasis on combat and exploration, while still exhibiting an intriguing narrative told without a single word. There’s a lot to unpack, and while I think there’s a lot to be said about the game specifically, the bulk of the articles and videos that I wanted to share here are about the developers, mostly because Alex Preston’s story is so endearing. Don’t worry though, there’s still a good discussion or two about its presentation and impact on the indie space. As per usual, these are some of my favourites.

This is a fantastic mini-documentary from Vice about Hyper Light Drifter, it’s director Alex Preston’s congenital heart condition, and how the two connect. You really see how Preston’s condition played into the creation of the game and his desire to see it succeed, and how the people around him can see his drive and determination despite his condition. It’s powerful stuff. Vice also showcases the tense lead-up to release of the game, and the hurdles that the team jumped through to get there. Something about the build-up of tension and its subsequent release before the team pressed a button on their laptop was palpable. Really great stuff here.

How Hyper Light Drifter Speaks To The Heart // Resonant Arc

Hyper Light Drifter is a lot of things. It’s an action game. It’s proof that small teams can do great things. But I think what immediately brought it to a lot of people’s attention was its presentation. The music by Disasterpiece and the art by Alex Preston & Sean Ward made for some genuinely breathtaking moments. While this piece isn’t really about that, it’s one of the few videos I’ve seen about the game that truly captures these elements in its own presentation, and I really recommend watching it just off the back of that. It also has some great connections between the metaphors present in the game and his own life, so the writing holds up just as well. Really recommend checking it out.

I mentioned this article specifically on the podcast, but I cannot recommend reading it enough. Julie Muncy’s honesty and openness is so beautiful, and their story about transitioning and coming out as transgender is something that seriously needs to be read. The connection between the themes present in Hyper Light Drifter and her own life is so poetically drawn that you’d think it was intentionally done by the team at Heart Machine. The discussion of ash come anew by way of the Drifter finding and utilizing remnants of the past, and how that relates to Muncy’s transition is just… so good. Seriously, if you only read one piece from this list, please let it be this one.

Much like hand-drawn 2D animation on the silver screen, the beauty of high-fidelity pixel art is something that’s becoming more and more scarce as time goes on due to budget constraints and tighter production schedules. In 2016, we saw Hyper Light Drifter and another game, Owlboy from D-Pad Studios, both of which displayed some truly breathtaking pixel art and animations that still have yet to be surpassed. That said, their beauty came at a cost, with Owlboy being in development for close to a decade, and Hyper Light Drifter taking a serious toll on the teams finances and health. In this video, Mitch Cramer breaks down what affect these two juggernauts can have on the indie game landscape, as well as helping to introduce the new descriptor for these kinds of high fidelity, widescreen pixel art titles: Hi-Bit.

(Disclosure: Mitch Cramer is a close and personal friend that I have worked on projects with in the past.)

I’m never hesitant to include a GDC talk from people involved in the creations of a game in an Extra Bytes article. That said, I do find that there are times where the developers sound as though they aren’t very enthused with their work. Developers, especially indie ones, while passionate, are usually very shy and don’t do a lot of talking to large crowds. It kind of comes with the territory. Here though, Akash Thakkar, sound designer for Hyper Light Drifter and previous speaker at TedX, breathes an insane amount of charm and personality into this talk about the ways in which he created a lot of the sounds in Hyper Light Drifter. Don’t be intimidated by the 25 minute run-time here, Thakkar’s sheer charisma makes the time absolutely fly by, and once the talk reaches its conclusion, trust me you’ll be begging for more.

In this installment of The Mechanic, Alex Wiltshire discusses arguably the smartest mechanic in Hyper Light Drifter, its ammo recharge system. Instead of the traditional ammo system of finding the resource scattered around the level, much like 2016’s DOOM, when the player runs out of ammo, the best course of action is to run up and get right in the action to get some more. This is such a genius design decision and one that seems so obvious, but what you’ll learn by reading this article is that really, it wasn’t all that obvious, and in fact, it wasn’t even something that the dev team proposed.

Of course, I’d be remiss if I didn’t include a GDC talk from the head of development. In this talk, there's a lot of great tidbits in the middle about the development and the hurdles that the team had to stumble over. You get to see behind the curtain as to how they handled mapping and level design (For the love of all that is good please release the level editor Heart Machine I’m begging you). There’s also a great talk about how they conveyed information to the player without text, not just in the narrative, but in the menus and stores. Probably the most interesting part to me, though, is how the story of publishing the game is not so dissimilar to what we hear from a lot of other indie developers. It’s a good reminder that no matter the level of success a team receives, they’re always going to eventually succumb to the same bureaucracy as everyone else.

And those are my picks for this month’s Extra Bytes; I hope you learned something new, and found something interesting. Next month’s episode of Byte Club is on the bonkers 2.5D shoot-em-up from DeadToast Entertainment, My Friend Pedro!

If you have any pieces – written or otherwise – about My Friend Pedro that you’d like us to check out, feel free to hit up the Indie Bytes Twitter (@IndieBytesYT), send an email to nevyn (at) indie-bytes dot com, or use our contact form! 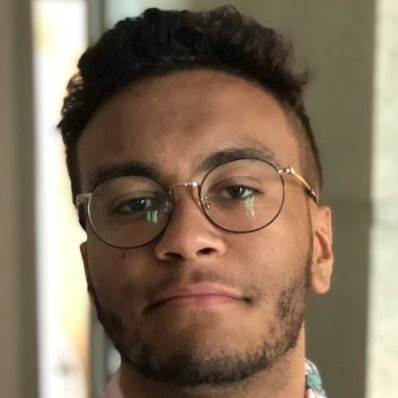