Rigid Bodies - Why We Work in Games

A lot has been made of a few stories coming out of the gaming industry this past year: Neocore Games made a joke about working 90-hour-weeks to make up for missing its release date, though a sizeable amount of people took it seriously, imploring the studio from refrain from doing so. The very public shuttering of Telltale shattered people’s impressions of the company doing fine, with many ex-staff revealing the months of crunch they had endured before getting laid off. And most recently in an interview with Vulture, Dan Houser of Rockstar has boasted how the company has worked 100-hour weeks in the lead up to Red Dead Redemption 2. All the while, Game Workers United, who announced their presence at GDC San Francisco this year, have seen their goal of creating a union for the games industry become more and more accepted.

And as I write this, I am crunching. I have crunched at my previous job. I will probably live to crunch another day. I have been working between 50 and 60 hours a week for the past couple of months, and the month before we pushed our alpha build required similar hours. I’m writing this in pieces while I eat dinner before I need to go back to working on the project I’m on, which I usually do until I go to bed, around 10 or 11 PM. Today is when the Rockstar story broke, and my friend Nevyn, who runs this site, wanted to relay a question his friend asked him: “if the conditions in the industry are so bad why do people work in it?”.

That’s a complicated question, one that everyone in the industry is going to answer differently. I feel like the expected answer to give would be “because we’re really passionate about games and we love the work we do that much!”, and to be sure, if I didn’t enjoy this line of work I wouldn’t be here. But given how revealing these stories of crunch have been to most players, I think we have a responsibility to further this conversation, to be more honest and blunt: we feel our options are limited, so we feel like we have to stay here.

Game design, fundamentally, is about seeing people form behaviors in response to systems. Here’s an example: in Doom, the player has a health system, and if it reaches zero, they die. They also have movement systems, allowing them to travel forward, back, left and right at a really fast speed. In Doom, the player encounters imps, whose AI systems tell them to occasionally shoot fireballs at the player, which takes some of their health away. However, these fireballs take a while to glide through the air, and can’t change direction once created. Therefore, all these systems push players to engage in a behavior of moving side to side to avoid fireballs from enemies. Simple, right?

The more grim implications, though, come when you realize these habit-forming systems extend into the real world. Many are mostly benign, like a reward system at a coffee shop giving you a free drink after you buy ten at that location. However, a number of them have serious consequences: if consumers prefer the least expensive version of a product, then this may drive a company to seek automating production of that product, allowing them to save money on production. Of course, once you peek into what “saving money on production means”, you’ll find that it means laying off a number of workers.

Being unemployed like that is a situation we’re all trying to avoid, because with a stable income comes secured food and housing. In cases where we actually have some control over our boss’s decision to keep us around, we’re eager to please, not just for social accolades, but because we’d like to avoid the intense anxiety of finding a new job before we start missing rent. With the often inflexible deadlines that come in the game industry, bosses frequently take the most apparent approach of saying “well, we’ll just work harder to meet this milestone, and then we can relax afterwards”. And with workers not wanting to risk losing a source of income, these decisions often go unchallenged.

In the opposite direction, though, come the incentives to stay; though I aspire to be a designer and I theme my videos around level design, I’m still in QA at my day job. This almost always plays into the power-differential, as quality assurance is frequently mythologized as a transitory position. Moving up from QA into design, engineering, or production is a common path, and the often seasonally-employed small armies of testers are all full of people who aspire to developer positions. Knowing this, companies frequently like to remind people that they’re more likely to promote good workers. While it’s evident that this includes showing up for your job, completing tasks assigned to you, and being an effective communicator, it’s subtextual that a “good worker” is dependent on your boss’s conception of what that is, which likely includes someone who doesn’t protest their decisions.

Even if you do get that promotion into the dev team, companies still often do so conditionally by hiring employees on contract instead of full-time, a practice that’s been growing over the past few years. While contract workers are not given health care or retirement plans, the most pressing difference from being full-time is that the contract expires. Full-time openings then become the new goal to maintain good behavior for. Most QA hires are on contract as well, adding a time pressure for most of the company to prove they’re worth keeping around.

Even after working for almost a year at my current place, my biggest fear associated with being let go is how damn hard it was to get this job in the first place. After working for a summer in college at a QA position, I figured I had everything I needed to jump straight into a design position. After a year and a half of applications, I ended up back in QA. My friends and I had similar experiences, trading spreadsheets of hundreds of openings to apply to. Even if the studio says they like you, the next steps usually involve a test, either making a level from a prompt, solving programming problems, or creating a 3D model. Provided you still stand out, a follow-up interview usually follows.

The whole process, if you get to the final step, can take up to a month. Out of around 75 applications I sent, I got a design test or interview from around 5 or so studios. I was extremely lucky to be able to stay with my parents during this time and do odd jobs to pay for my expenses, but a number of people I knew had to immediately take up a part-time job after graduating while they applied. Even more strenuously, if someone is being overworked on a game and wants to leave, they’re going to need to balance all this on top of their extended hours.

Not to mention, crunch is such a well-known shorthand because of how pervasive it is. The IGDA’s 2017 survey of game developers reported that 51% of respondents worked crunch hours, with and additional 44% saying they worked more than 40 hours at points but didn’t call it crunch. There are companies notable for trying to curtail crunch: Bungie famously took over a decade to get there after extreme conditions making Halo 2; Nintendo has commented that they staff up with contractors right before deadlines; and the same day the Rockstar story was published, Sega announced they had reduced “long overtime” hours by 80% over the past five years (though “long overtime” is defined as 80 overtime hours per month). While these are all encouraging, all these companies are noticeably large ones, and those that proclaim these initiatives are few and far between. If there’s a 95% chance that switching jobs won’t keep your workweek to 40 hours, the added stress in the interim between positions may not be worth it.

I don’t say all this to be bleak, but to give a more comprehensive view as to the pressures a game developer faces if they were to decide to leave. The amount of labor involved in just finding a job or the prospect of giving up some of our stability is extremely prohibitive, especially since that risks the chance that maybe, if we just keep our heads down and power through this, we’ll be rewarded with that promotion or long-term position for our dedication.

Leaving your job is a major decision, and with employment becoming more precarious for just about everyone, it’s a more daunting possibility every day. With the breaking of the Telltale and Rockstar stories though, it seems that the conversation has shifted, a change that gives me a lot of hope. People are starting to see how pervasive the problem of crunch is, and are talking more and more about taking the problem head-on. If we don’t demand the respect we deserve where we are, why would we expect to find it elsewhere? 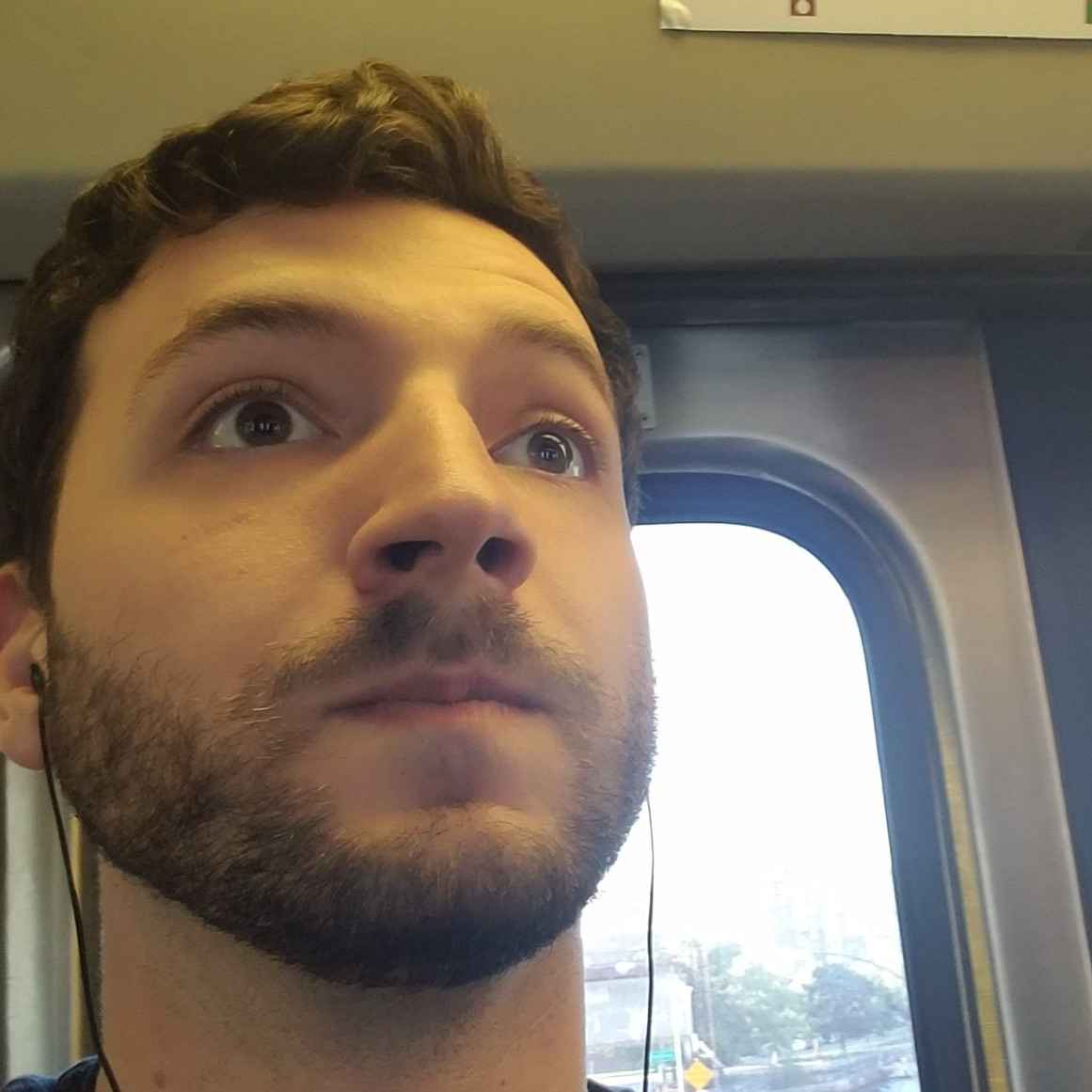